17 years ago (in 2000) , our then honorable prime minister Shri Atal Bihari Bajpayi had proposed the idea of a “Single taxation system“, like world’s most nations are having, to be implemented in India. At that point of time the time “GST” was not able to catch much attention and It was postponed.

As the time passed on, the era of globalization occurred, in order to compete at a global market or in other words, In order to make our products more competitive at global scale, to bring transparency in taxation system and most importantly, to ensure an uniform taxation system so that the common people get less burden, the term “GST” started to get importance in parliamentary discussions.

In 2006-07, then finance minister P.chidambaram proposed introduction of GST, In 2008 there was a consensus happened on GST and the idea of “Dual GST“, i.e CGST (central) and SGST (state), came into light.

The idea of IGST (Integrated) has also been proposed, IGST is charged when movement of goods and services from one state to another. For example, if goods are moved from Tamil Nadu to Kerala, IGST is levied on such goods. The revenue out of IGST is shared by state government and central government as per the rates fixed by the authorities.

In 2016, GST bill was passed in both of the houses of parliament, And now government is committed to introduce GST by April 2017 and in full implementation by July 2017.

By definition, A compulsory financial obligation levied by the government on income, goods and activities or services.

There are two types of taxes :- Direct Tax and Indirect Tax. 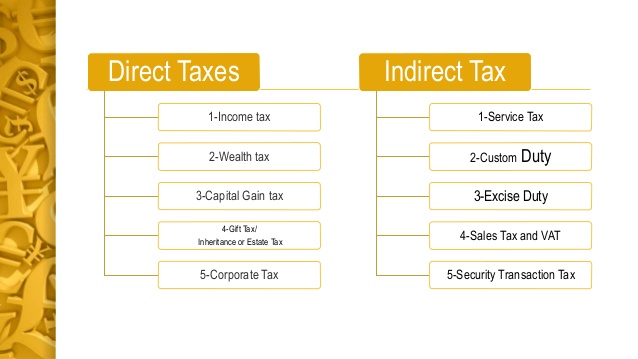 Let’s understand one by one to get the clarity of GST.

Direct tax :- Charged on the income or wealth of a person. Here Tax burden is on the person himself. What does it mean? Well, It means the “Tax Payer” and “Tax Bearer” is the same person. The tax has to be paid by the same person who is earning or whose wealth is that.

Indirect Tax :- The tax, which is charged on goods and services. Here the burden is shifted to another person. Here the  “Tax Bearer” and  “Tax Payer” are two different persons.

Types of Indirect Taxes :- There are many types of indirect taxes available in Indian economy, some of them are :-

1) CENVAT – Introduced in 2000, levied on manufacture or production of movable and marketable goods in India, either as a percentage transaction or mrp of goods.

2) OCTROI – Local tax system, state level, on any article brought into state or town for locla use.

And some of the others are Sales tax – 1957, Entertainment tax, Excise tax 1985 (levied on goods manufactured in India and are meant to be used in India), Entry tax 2000 (Inter State goods entry taxes), Luxury taxes, Service taxes 1994 etc.

As we see, Indirect taxes involve a channel which passes through different people or different organisations, therefore It is notorious of having less transparency and there are huge chances of tax evasion. To curb these menaces, Government has introduced GST.

Goods and Services Tax (GST) is a proposed system of indirect taxation in India merging most of the existing taxes into single system of taxation.

How will GST work?

In order to understand the functionality of GST, lets take an example :-

You liked a dress, and you want to buy it . It would be beneficial for you to wait until GST comes in power. Why so?  let’s understand!!

The cost of that dress would be 208.33 rupees in NON GST regime and 166 rupees in GST regime. The difference of 42.23 rupees!! How it’s possible. Well, It’s possible because of the functionality of GST.

Any product passes through three channels, in order to reach the consumer:- Manufacturer to Whole Seller to Retailer to consumer.

Let’s take both of the regime one by one.

So, eventually total of 58.23 rupees of tax added to the actual cost of dress.

In GST regime those taxes at different channels of goods will be vanished and substituted by a single taxation system.

So, when manufacturer buys raw material of 100 rupees, and added 30 rupees to make the dress, the cost of dress went up to 130 and now he sold it to whole seller at 130 + 10% tax,  10% of its tax is 13 rupees, but only 3 rupees of tax will be levied on next stage because 10 rupees has already been given as tax by manufacturer. Now whole seller sold this dress to retailer by adding his margin of 20 rupees, cost of dress went up to 150 rupees, and 10% of its tax would be 15 rupees but as 13 rupees already been paid at the previous two stages, retailer will only pay 2 rupees as tax, now by adding margin of 10 rupees he sold it to consumer at 160 + 10%,that is 16 rupees, but as 15 rupees already have been paid, so now customer will have to pay only 1 rupees.

Why politics over GST?

India is a democratic country and it has its very own constitution, and It starts with saying “India is a union of states.” States have always been sovereign in their own tax systems. States have their own cultures, markets, policies, police and different social systems, and to run them smoothly, states have actually only one and real source of income to generate revenue, and that is Tax.

Few states have shown their concerns over GST, and demanding some changes and amendments in GST bill and in its policies. The one important concern is, the GST will be based on consumption not on production, so the producer states, the concerned ones, will have less revenue generation and consumer states will have more. 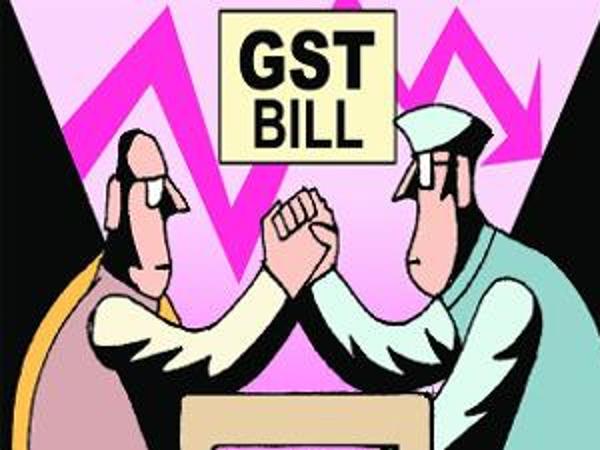 But needless to say, Government will surely look after the producer states and their concerns, and that’s why they have built “GST Council” and states have given more power in decision making. The number of members will include 1/4 th from union and 3/4th from states, so states are clearly given more power to amend any decision.

Also, some of the biggest revenue generators such as, Alcohol, Petrolium products (1/3rd of nation’s gdp) and Electricity, are not included in GST.

Undoubtedly, GST Council will work on ensuring uniformity, and as the policy says “States will have power to tax services and Center to tax products.” These methods will hopefully be helpful to remove the concerns of the states and its politics.

How will GST be administered?

Any decision made, would be applied initially on the temporary basis, If effective, It will be continue. GST council has set up a feedback system in order to receive the response of people and administration of states.

Will GST impact on inflation and Will it be beneficial for Indian Economy? 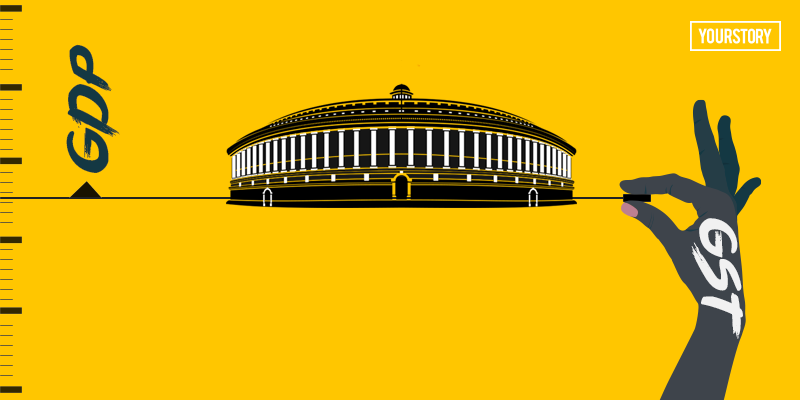 The answer is Yes, for both of the questions. With the generation of a single tax system, Government of India wants a simple, transparent and most stable tax system to be implemented in the nation.

Undoubtedly GST will bring down the cost of manufacture, goods will become cheaper, but as the history suggests, whenever GST have been applied in any nation (165 nation till now, India would be 166th), Initially in one or two years Industry may not be able to assess the real impact of GST. Therefore benefit may not be experience by common people and that’s why GST is a bit notorious for the harbinger of Inflation but not significantly, after 2 0r 3 years It will start to give the fruits and then the economy of nation would come on the smooth path.

To clear the speculation whether GST would be beneficial for economy or not!!

The answer is hopefully yes.

Increase in efficiency in production and production of cheap goods, because of less burden of tax, smooth inter state movement, low cost and less time, will bring confidence in manufacturers, which will eventually make our products globally competitive and that will also ensure and strengthen the vision of Make In India. These smoothness or in other words Ease of doing business will also attract Foreign investors to our markets.

These factors will definitely ensure the profit in business and so does the growth in economy.

Well, It will take some time to fulfill the vision of becoming a Superpower but Policies like GST will definitely work as the fuel for the work engine of Indian Economy.